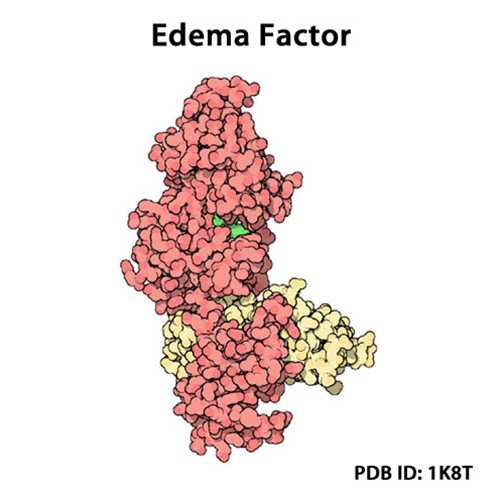 This is an inactive, catalytic site mutant of edema factor (EF). The K313 residue is within the sequence VATKG. Others have described this residue as K346 because they numbered residues starting with the signal sequence. Our numbering is for the mature protein. This version of EF has the N-terminal A residue, which would make it the most active EF if the catalytic site were not mutated.