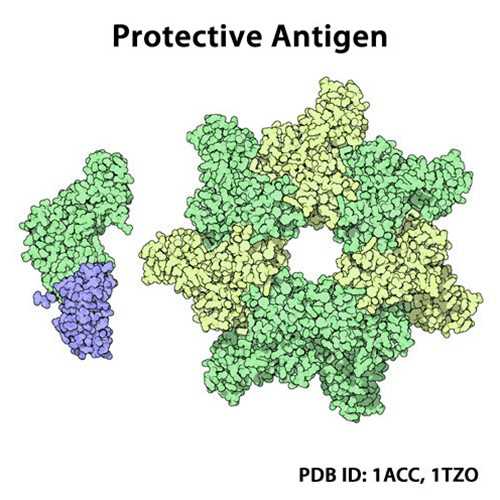 PA-3M contains three mutated residues (D683A, L685E, Y688K) which are involved in the interaction of the protective antigen (PA) with its receptors, as described on a separate page. This protein also contains a cysteine on the C-terminus. This allows chemical conjugation of new targeting moieties, e.g., antibodies, growth factors, peptides, etc., so that the anthrax toxin proteins will be specific for defined cell types.