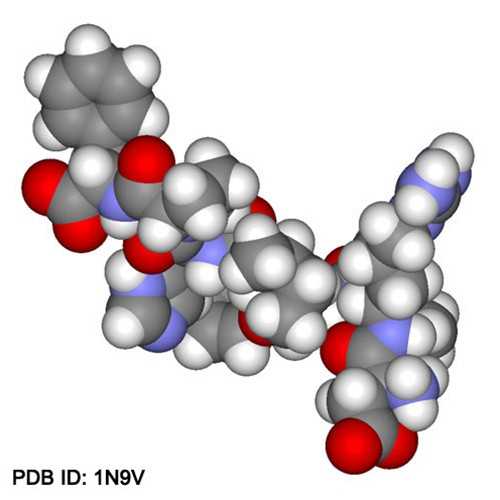 This polyclonal antibody was generated against a synthetic peptide corresponding to bovine Angiotensin II and recognizes all species of Angiotensin II. This antibody can also be used universal detection of apoptosis.

Angiotensin (Ang, AGT, ANHU, SERPINA8) is a peptide hormone causing vasoconstriction and a subsequent increase in blood pressure. It is an essential component of the renin-angiotensin system (RAS), a potent regulator of blood pressure, body fluid and electrolyte homeostasis. In response to lowered blood pressure, the enzyme renin cleaves angiotensinogen to produce angiotensin I, a substrate of angiotensin converting enzyme (ACE), which produces the physiologically active peptide angiotensin II. Defects in angiotension can lead to essential hypertension and the autosomal recessive disorder, renal tubular dysgenesis (RTD).

From the laboratory of Alexander M. Zagariya, PhD, University of Illinois at Chicago.

Measurement of apoptosis via Human Angiotensin II Antibody and ELISA 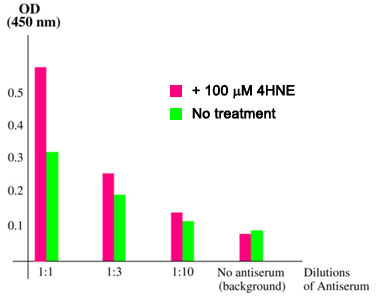 Provider
From the laboratory of Alexander M. Zagariya, PhD, University of Illinois at Chicago.
References