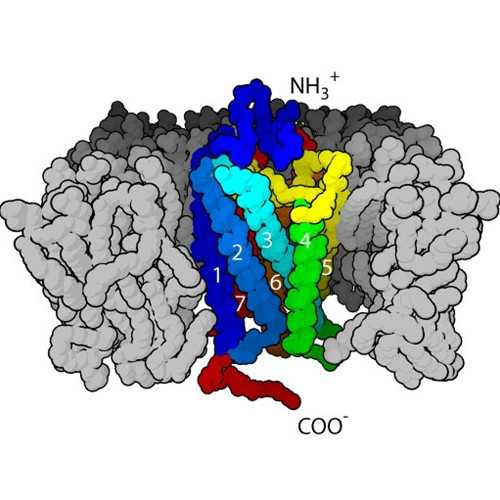 The NT2 monoclonal antibody (also known as 5G8) was generated against a multiple antigenic peptide to the N-terminal region of the µ-opioid receptor (MOP, MOR-1) and is cross-reactive with human, mouse and rat µ-opioid receptor.

NT2 is specific for the midportion of the N-terminal tail of MOP, which is exposed upon activation. The multiple antigenic peptide used to generate this MOP antibody was obtained by synthesizing multiple copies of the peptide sequence 14SDPLAPASCSPA25 on a poly-lysine backbone. NT2 is useful for studying G-protein-coupled receptor (GPCR) signaling, probing differential conformational states of GPCRs, or in the development of screening assays for the identification of novel small molecule ligands of therapeutic interest.

Mu Opioid Receptor, also known as Mu-type opioid receptor, functions as a class A GPCR. It is expressed in the brain and is involved in neurogenesis. MOP is the main physiological target for most clinically important opioid analgesics such as beta-endorphin, endomorphin, morphine, heroin, DAMGO, fentanyl, etorphine, buprenorphin and methadone. NT2 exhibits increased receptor recognition following treatment with agonists such as DAMGO, a result of conformational changes to the midregion of the N-terminal tail of the µ-opioid receptor.

From the laboratory of Lakshmi A. Devi, PhD, Icahn School of Medicine at Mount Sinai. 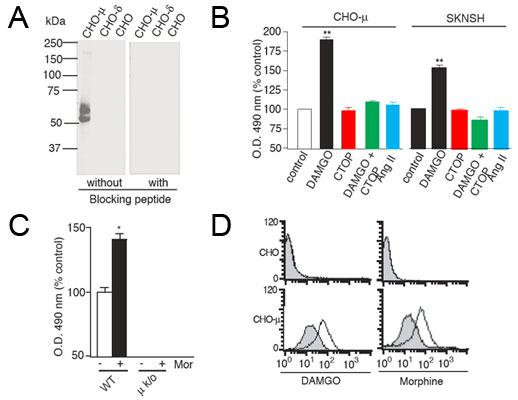 Provider
From the laboratory of Lakshmi A. Devi, PhD, Icahn School of Medicine at Mount Sinai.
Comments

Important: NT2 mAb exhibits increases in recognition of agonist-treated opioid receptors only when cells/tissues expressing the receptors are treated with the agonists prior to brief fixation with ice-cold methanol.