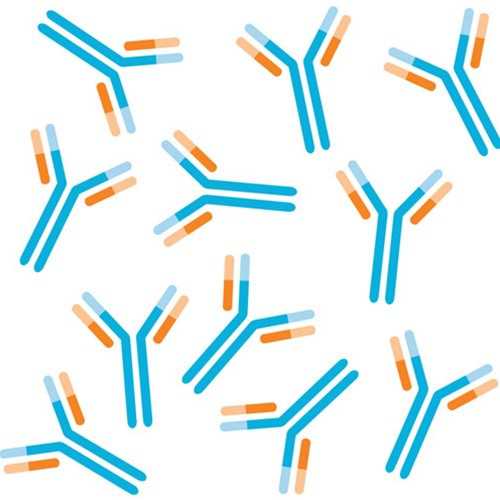 ROC1 also known as RING-box protein 1, Rbx1, Regulator of cullins 1, RING finger protein 75, and ZYP protein, is a component of the SCF (SKP1-CUL1-F-box protein) and the CBC(VHL) (CUL2-elonging BC-VHL) E3 ubiquitin ligase complexes, which mediate the ubiquitination and subsequent proteasomal degradation of target proteins involved in cell cycle progression, signal transduction and transcription. ROC1 appears to recruit the E2 ubiquitination enzyme through the RING-type zinc finger in a manner similar to CDC34, and brings it into close proximity to the substrate. The RING-type zinc finger domain is essential for ubiquitin ligase activity. ROC1 probably also stimulates CDC34 autoubiquitination and promotes the neddylation of CUL1 and probably CUL2. ROC1 has a cytoplasmic and nuclear localization and is widely expressed in most tissues.

From the laboratory of Yue Xiong, PhD, University of North Carolina Chapel Hill.