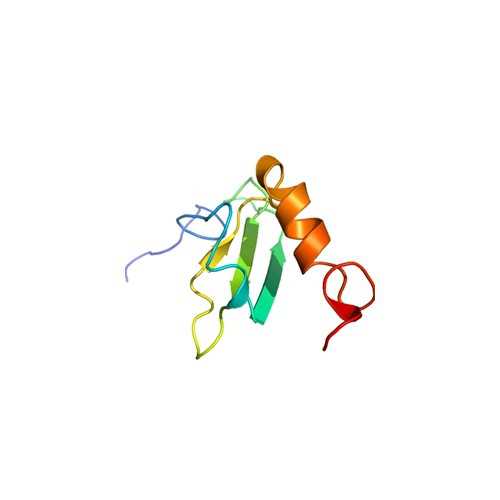 This recombinant fragment is modeled after the C-terminal two-thirds of the type-III 1 (amino acids N600-P674), which binds to FN and enhances FN self association. Treatment of purified FN in solution with the type-III 1-C fragment resulted in the appearance of multimers of FN.

Fibronectins (FN) are a family of high molecular weight, multidomain glycoproteins composed of two structurally similar subunits which are joined at the carboxyl terminus by disulfide bonds. The primary structure of FN is organized into three types of repeating homologous units, termed types I, II, and III. These modules in turn are organized into functional domains which have been shown to contain multiple binding sites, including those for sulfated glycosaminoglycans, gelatin, fibrin, and cell surface integrin receptors. Twelve type I modules are found grouped at the amino- and carboxyl-terminal regions, and two type II modules are located within the gelatin-binding region. Fifteen to seventeen type III modules are contained within the middle of the molecule and comprise 60% of fibronectin’s sequence.

The first type-III repeat in FN has been shown to play an important role in FN matrix assembly and FN-FN binding (self association).

From the laboratory of Denise C. Hocking, PhD, University of Rochester Medical Center.